There were no deliveries of organic processing tomatoes during the week ending October 10. Total organic harvest remained unchanged at 477,256 mT (or 526,085 sT), accounting for 4.7% of total harvested quantity. Local sources note that with no organic carrying over going into the 2020 pack, this year’s pack will most likely just be enough to cover consumption and inventories and will remain tight going into 2021. 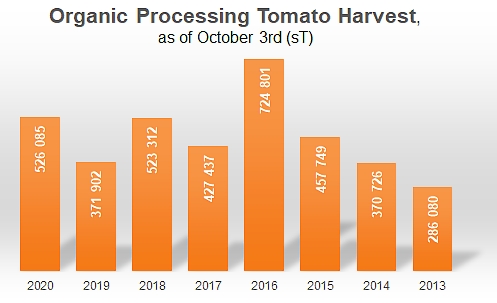 Taking the latest figures into consideration, quantities being harvested will bring the provisional processed total beyond 99% of the official target of the season. 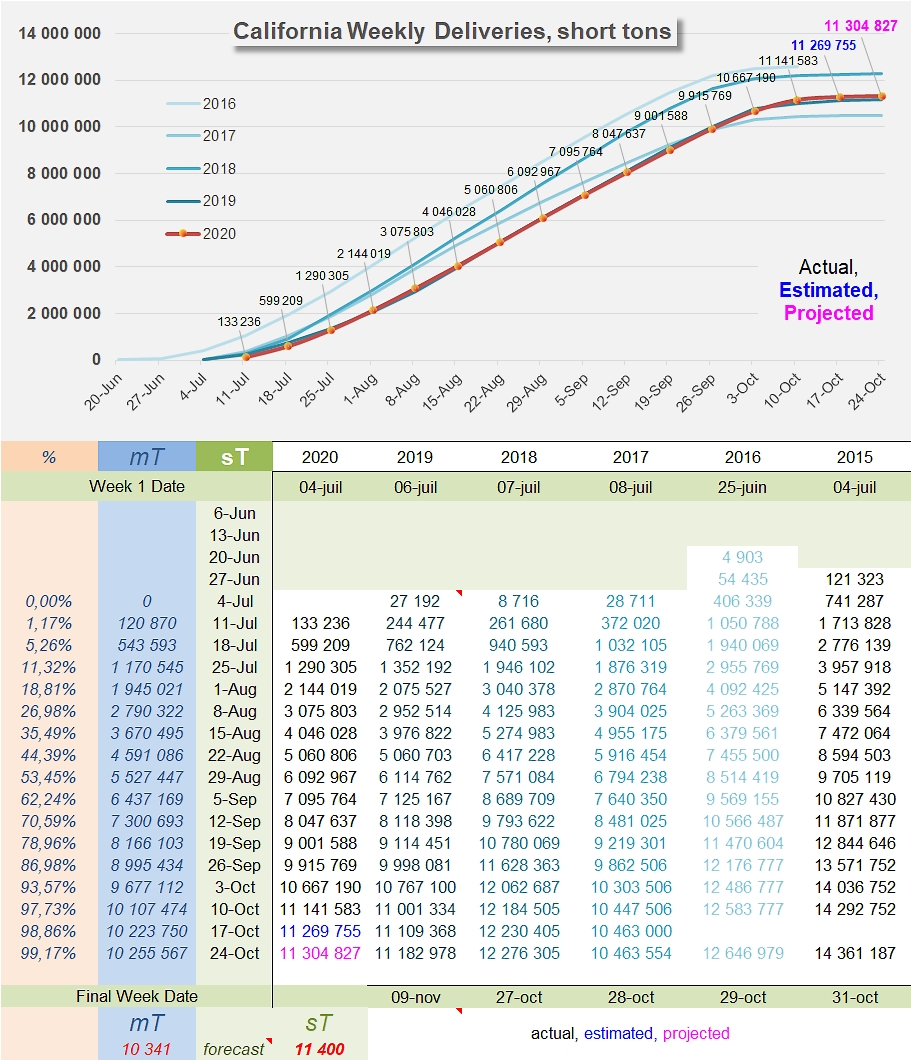