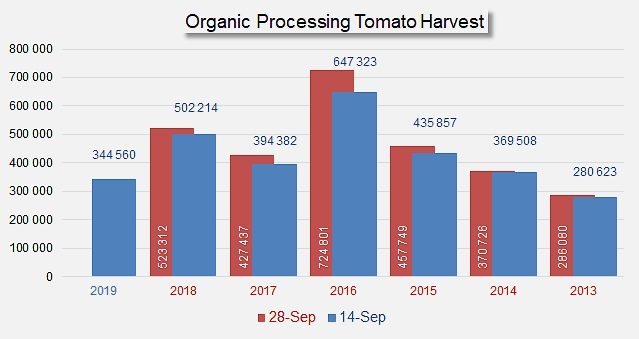 According to the figures available, the current harvest path is 1.188 million sT (1.077 million mT) behind the average of the quantities harvested at the same date (end of week 39) in the past three years. Quantities being harvested represent more than 87% of the revised official target of the season (11.5 million sT or 10.432 million mT); however, significant adjustments regarding California production have been made in the latest WPTC forecast, which reduce the expected quantities to 11 million sT (about 10 million mT). Initial objective for California crop was (12.1 million sT, or 10.976 million mT). 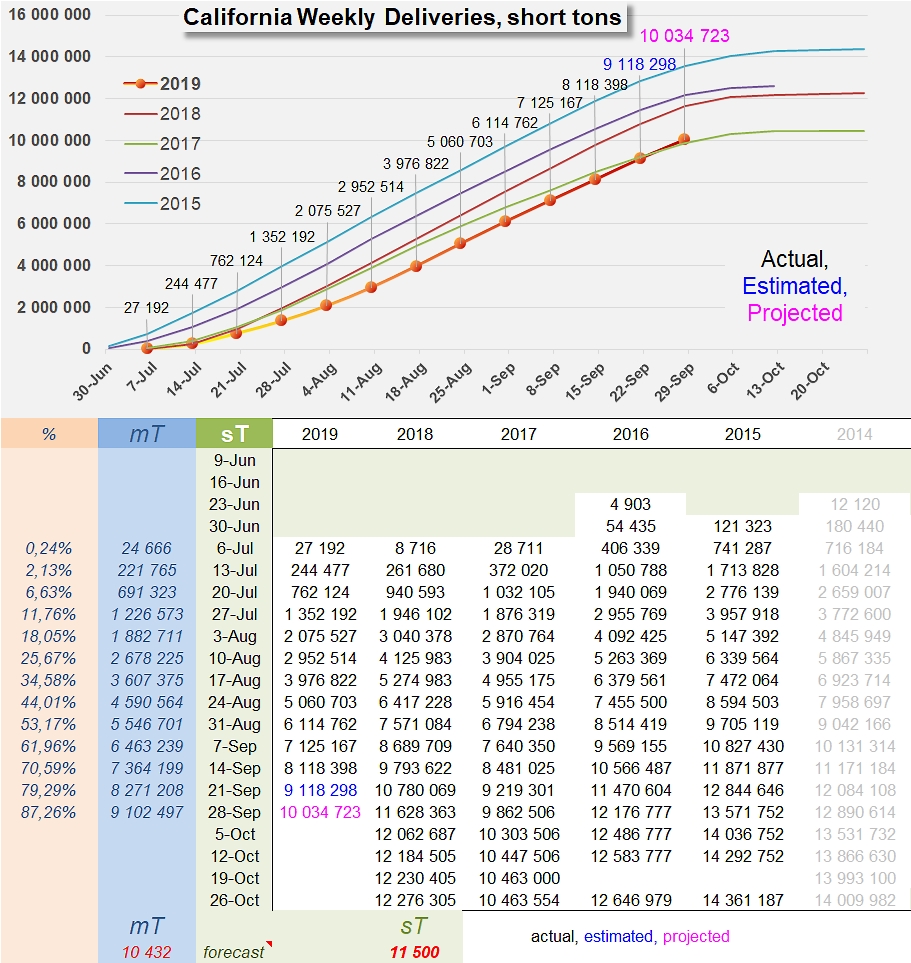