05/07/2019 - François-Xavier Branthôme - The 2019 Tomato News Conference - Avignon - Read in French
Genomic selection, genome editing
"The progress achieved by these different techniques and the detailed knowledge of many SNPs have allowed researchers to think up a method for genome selection. In general, traditional selection consists in carrying out cross-breeding procedures, measuring the phenotype of descendants (in the hope of observing the occurrence of an interesting trait in the combination of parental characteristics), then to crossbreed again the most interesting individuals...
Thanks to marker-assisted selection, procedures can be carried out slightly faster, but the fields of investigation are very precise, and a small number of genes can be observed. With genomic selection, scientists use the information contained within the genome as a whole to design models that can help predict the phenotype ("traits") of a plant based on its genotype (the polymorphism of its DNA). It is then possible to carry out selection procedures simply on the basis of molecular markers and thanks to the wider information contained in the genome. As the price of genotyping is currently very low, it is more interesting and more efficient to proceed in this way, rather than using methods that require phenotyping and a prolonged experimentation stage. Experimentation is necessary and unavoidable at the beginning, but only for a given proportion of the population, providing the necessary information to accurately predict the phenotype of the population as a whole. In the end, it is also necessary to validate the phenotype of individuals that are judged more interesting on the basis of their genotype." 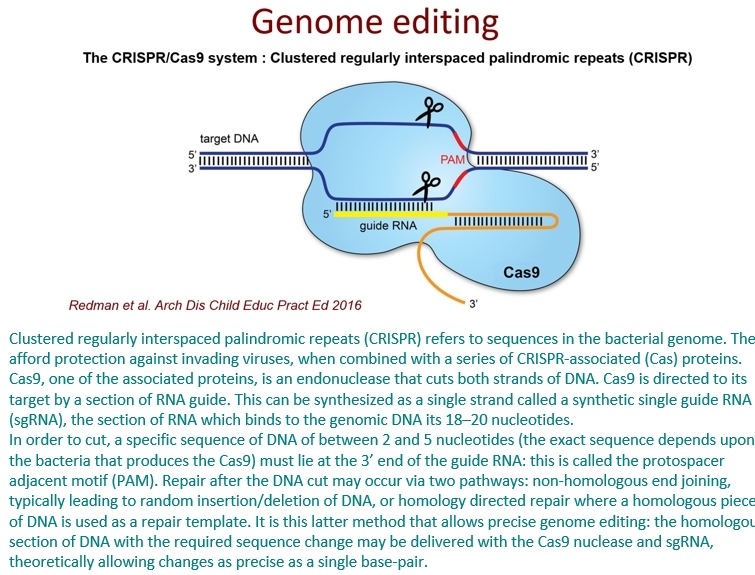 "Genome editing can be carried out using a method called CRISPR-Cas9, invented a few years ago, and based on the use of a protein – Cas9, an enzyme used by bacteria to protect themselves against viral aggression. Used as a way of entering, this enzyme acts like a pair of scissors, cutting into DNA and then repairing it. This cut – or genome editing – is carried out within specific sections that are "recognized" by a particular section of RNA (guide RNA).
This technique for gene editing using CRISPR represents a choice tool to improve the characteristics of cultivated plants, and there are many different ways of using this technology, according to the different modalities of cutting and repairing the complementary sequences in the base pairs that make up DNA strands. 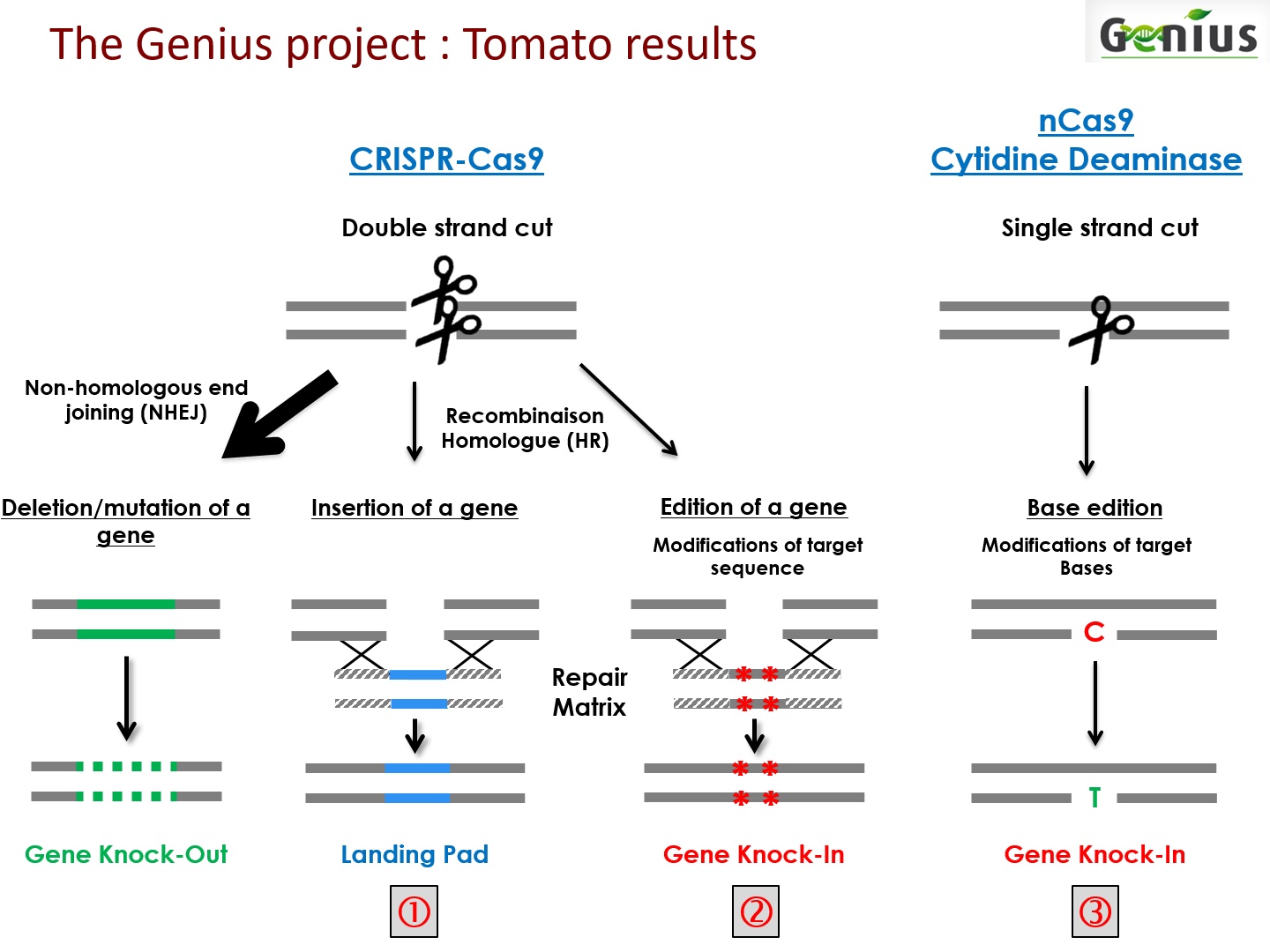 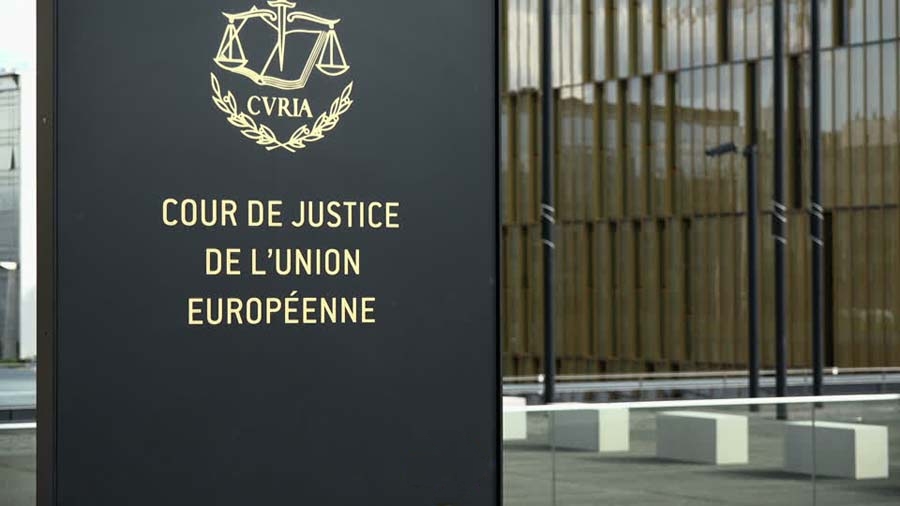 Last year, the world of seed breeders and genetics engineers expressed its surprise and disappointment when the technology for genome editing was included in the framework for implementation of laws governing GMOs within the European community. So it will be very difficult and costly to obtain these materials in Europe, whereas in the United States and in a number of other countries, legislation does not apply to the technology used in obtaining the material, but to the final plant material obtained. In this context, a product can be considered as GMO and will therefore either be authorized or banned, while the method for obtaining the material does not come under the same type of restrictions."
For the time being, unless research demonstrates a complete natural dead-end – like a disease for which no natural resistance has been identified – for which the use of biotechnology would represent the only solution, a change in European legislation is unlikely. At the same time, there remains the issue of the capacity of scientists and of public authorities to identify a product stemming from CRISPR methods of genome editing. For Mathilde Causse, the difference is almost impossible to identify, given that "the modification may only apply to a single base among several million polymorphisms present within a variety," whereas traces of conventional genetic modification can be detected. This requirement of European law means that breeders will need to provide specific varieties intended for the European markets, which will never leave European territory, and it will therefore be imperative to ensure that no varieties are ever introduced from the USA, from China, from Australia or from other countries outside of the EU. Such partitioning of the industry at a worldwide level will unavoidably one day lead to the issues of how to control the flows of fresh produce (and maybe also processed products) as they move between countries with different legislations, and of the distortion in competition that will inevitably be induced by the delays imposed by political decisions on industrial seed-breeding operators...
Some additional information
Find out more about Mathilde Causse and her work:
https://www6.paca.inra.fr/gafl_eng/Staff/Holders/Causse
Tools for seed-breeder 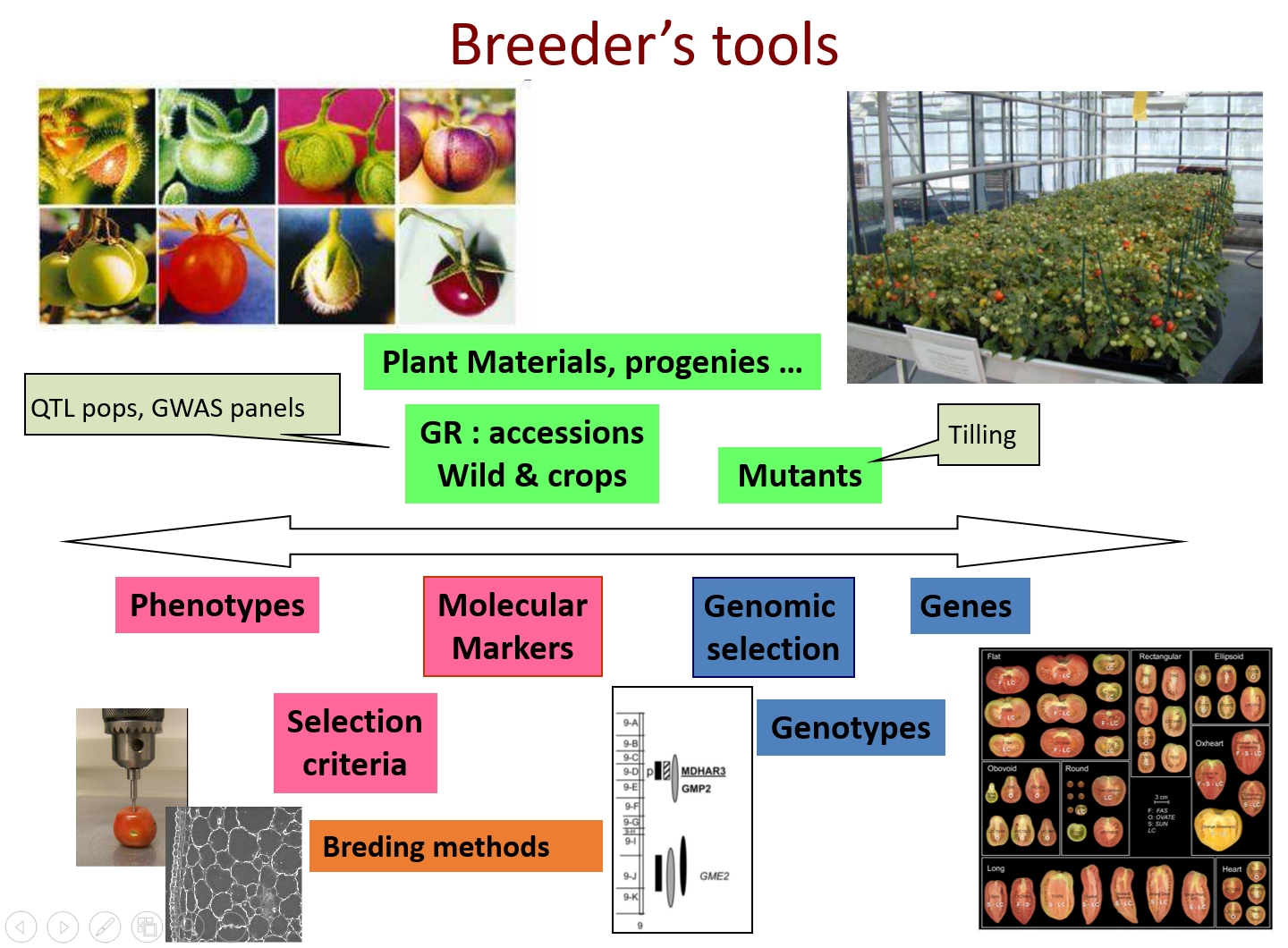 This article refers to the Tomato News Conference held in Avignon (Fr) on 16 and 17 May 2019, during which the "2019 Processed Tomato Yearbook" was distributed to attendees. A copy of this book can be purchased from this website (go to GET LISTED) or fill in and post the order form.
Link to the PDF file of the presentation given by Mrs. Mathilde Causse at the Tomato News Conference in Avignon, on 16-17 May 2019,
Source: Tomato News conference, Interview Mathilde Causse (INRA)
Related events