2018 Season: Processing forecast down again to less than 36 million mT

18/06/2018 - François-Xavier Branthôme - 2018 Season - Lire en français
The latest World Processing Tomato Congress, which was held in Greece and ended on June 15th, was an opportunity to revise down the production outlook for the 2018 season. According to the figures compiled by the WPTC, the quantities mobilized should represent around 35.87 million metric tonnes, about 5% less than those processed in 2017 (37.797 million mT). 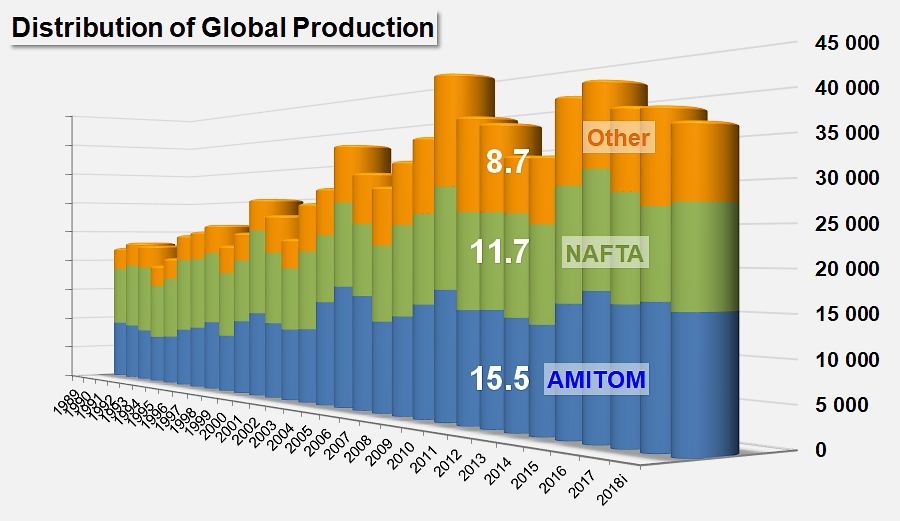 European Union countries are expected to process just under 9.74 million mT this year, about 1.36 million mT (12%) less than in 2017 (11.1 million mT). The three main countries in the region have significantly reduced their processing intentions: the Spanish processed quantities are expected to decrease by 750 000 mT (the most dramatic decline recorded in 2018), while Italy and Portugal announced reductions of their production levels of 300,000 mT each.
In the other AMITOM countries, the general trend is on the rise; after several years of decline, a strong increase (520,000 mT) is expected in Iran, partly offset by a significant drop in Turkish processing intentions (-400,000 mT). An additional total of nearly 300,000 mT is expected from changes in Tunisian, Ukrainian and Russian processing intentions. However, production in AMITOM countries (15.45 million mT) is expected to decrease in total by 950,000 mT (-6%) compared to the final result of 2017 (16.45 million mT).
The transformation prospects of the other countries of the Mediterranean Basin (Poland, Hungary, Bulgaria, etc.) should remain stable at around 390 000 mT. 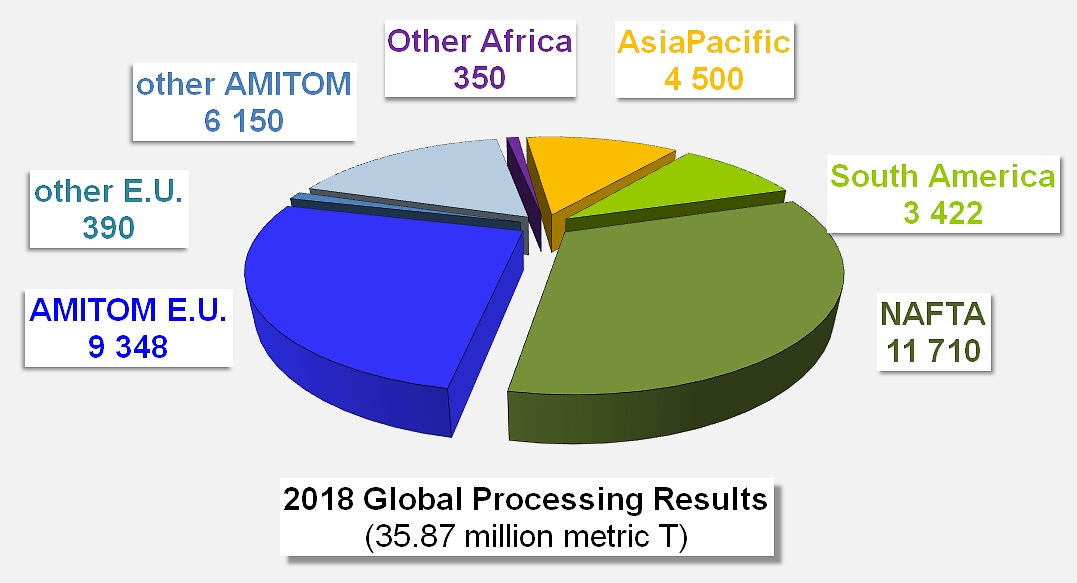 The breaking news came from China, which confirmed a significant reduction in its processing intentions to 3.8 million mT. If it proves to be correct, this level of activity, much lower than the intentions announced in January and February 2018, would also be nearly 40% lower than the 2017 season (6.2 million mT).

Beyond the increases in activity already mentioned, the WPTC meeting confirmed increases in the processing results in Chile, Australia and the Dominican Republic; despite declines in processed quantities in Argentina and South Africa, and a decline in the Brazilian forecast, the final result of the Southern Hemisphere could increase by around 2% this year, to 4.3 million mT.
According to the WPTC figures, processing intentions are down by 2 million mT (-6%) in the Northern Hemisphere compared to last year's result (33.57 million mT). It should be also noticed that this new figure is 5% lower than the initial processing forecast announced at the beginning of this year. Finally, the quantities processed worldwide are expected to be more than 1.9 million mT lower than those recorded in 2017. 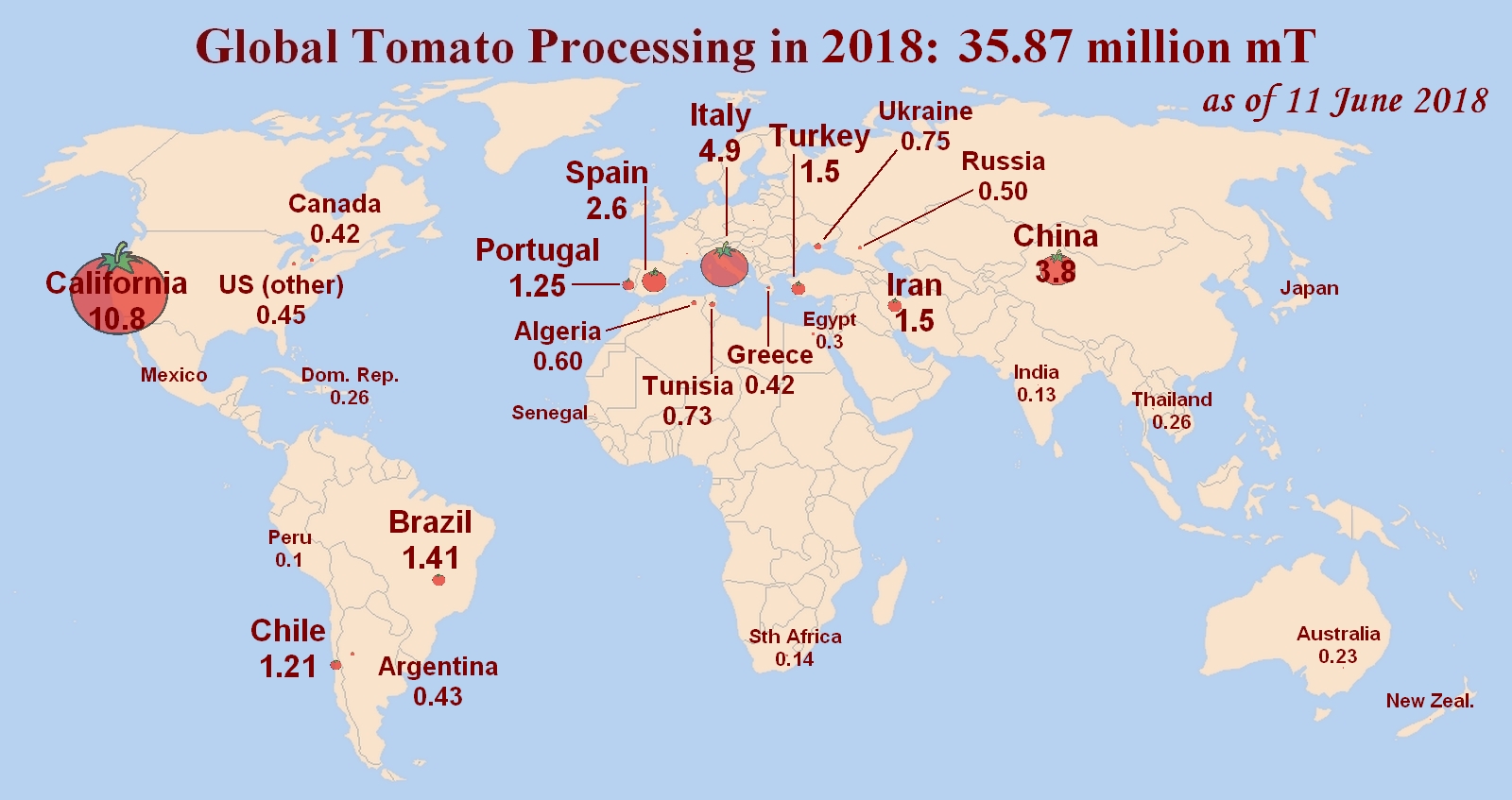 Global Processing Intentions as of 11 June 2018
Some complementary data 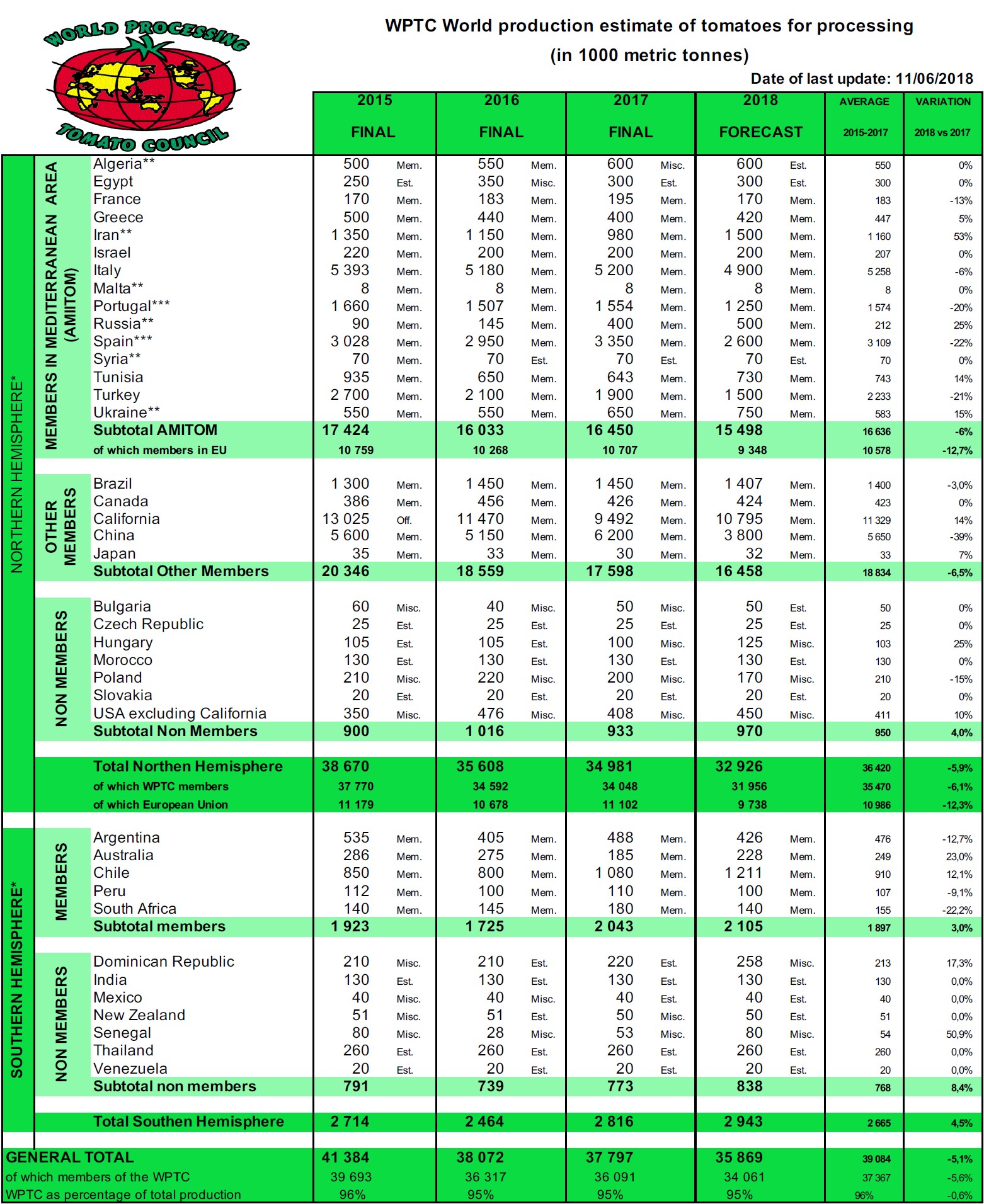